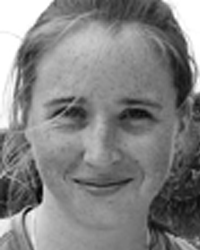 Affiliation: University of Liège, BE

Full profile:
Liesbet Geris (DOB 04.06.1979) is Professor in Biomechanics and Computational Tissue Engineering at the Department of Aerospace and Mechanical Engineering at the university of Liège and Associate Professor at the Department of Mechanical Engineering of the KU Leuven, Belgium. From the KU Leuven, she received her MSc degree in Mechanical Engineering in 2002 and her PhD degree in Engineering in 2007, both summa cum laude. In 2007 she worked as a postdoctoral researcher at the Centre of Mathematical Biology of Oxford University.
Her research interests encompass the mathematical modeling of bone regeneration during fracture healing, implant osseointegration and tissue engineering applications. The phenomena described in these mathematical models reach from the tissue level, over the cell level, down to the molecular level. She works in close collaboration with experimental and clinical researchers from the university hospitals Leuven, focusing on the development of mathematical models of impaired healing situations and the in silico design of novel treatment strategies. She is scientific coordinator of Prometheus, the skeletal tissue engineering division of the KU Leuven. Her research is financed by European, regional and university funding (up to date 3.5 M€ as PI and co-PI). In 2011 she was awarded an ERC starting grant to pursue her research.