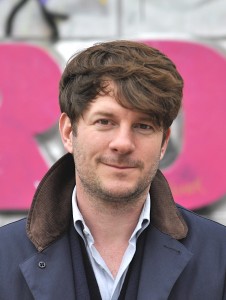 Pierre-Héli Monot received his PhD from the Humboldt University of Berlin in 2014 and teaches American Studies at the Ludwig Maximilians University of Munich. His thesis discussed the abolition of Slavery in the United States and the formation of academic literary studies during the same period. He has previously taught American Studies at the University of Göttingen, Comparative Literature at the Ludwig Maximilians University of Munich, and Philosophy at the University of Potsdam. After visiting fellowships at Brown University, Harvard University, and King’s College London, he received an ERC Starting Grant in 2019 for the research Project “The Arts of Autonomy: Pamphleteering, Popular Philology, and the Public Sphere, 1988-2018.” This project studies contemporary autonomist movements and the way the public sphere deals with highly polemical texts, such as political pamphlets, manifestos, viral statements, and open letters. The project uses a both basic Digital Humanities protocols and historical-critical methods. Pierre-Héli Monot’s other main research interests include the history of the University, the history of Socialism in Europe and the United States, and modern literary history.